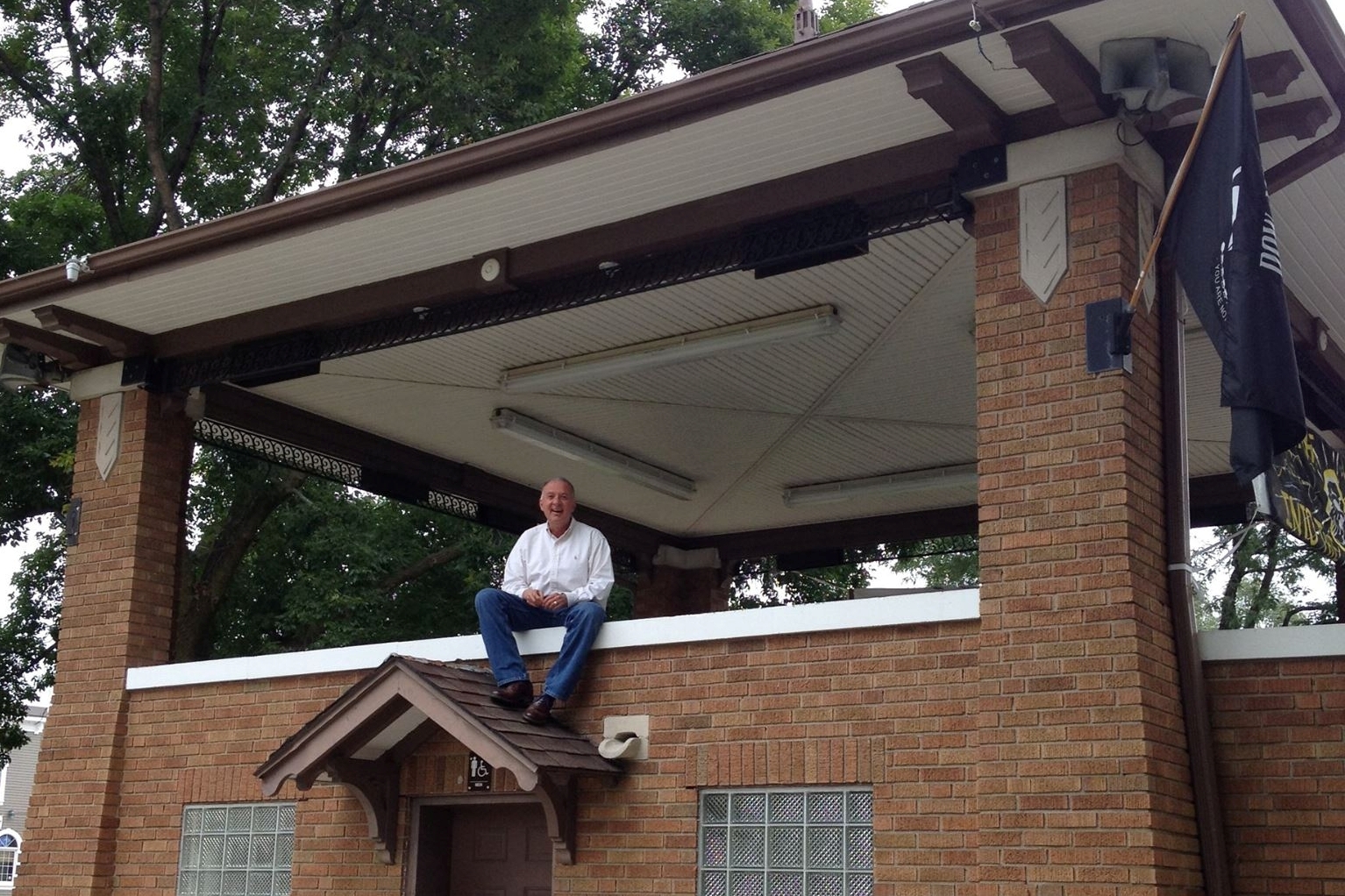 East Troy will be the focus of an episode of Milwaukee Public Television’s series “Around the Corner with John McGivern,” which airs in April.

The public is invited to a free premiere of the episode at 7 p.m. on Monday, April 13 in the Edelweiss Room at Alpine Valley Resort, W2501 County Road D.

Seating is available on a first come, first served basis.

Local “celebrities” who are featured in the show will be on hand as McGivern gives the community a behind the scenes look at the filming of the East Troy episode.

The Emmy Award-winning host and his crew spent Sept. 16-19 in East Troy shooting for the show designed to explore individual neighborhoods and communities through the eyes and voices of the people who live and work there.

Attendees can meet McGivern, hear some of his humorous anecdotes from around the state and watch the episode where he visits tourist attractions like Alpine Valley Resort, Alpine Valley Music Theatre and The Elegant Farmer.

McGivern speaks with local residents who bring something unique to the community like civic-minded small business owners Ann and Ted Zess, Marcia Belair, an East Troy Lioness member who has trained 11 seeing eye dogs, and a young Lake Beulah couple.

McGivern said he discovered East Troy while filming an episode in Whitewater in 2012 and was curious about the town that calls itself the “Good Neighbor” community.

“We sure had a good time,” McGivern said while filming inside the iconic and historic bandstand at the center of the East Troy Village Square – a first and memorable moment for the crew.

“We’ve never been to a town with an actual village square before,” McGivern said.

McGivern said each interview lasted about an hour, but only about one minute makes it to air.

The broadcast premiere of the East Troy episode airs at 7 p.m. on April 16.

The show airs in Minnesota, Iowa, Chicago and every PBS station in Wisconsin.